Are You Missing The Benefits?

Vitamin B6 benefits both physical and mental aspects of health because it is involved in more bodily functions than almost any other single nutrient.  This water-soluble vitamin's main functions are to help breakdown and release energy from protein and to aid the function of the immune system and nervous system.

The main Vitamin B6 benefits include:

Good sources of Vitamin B 6 include: 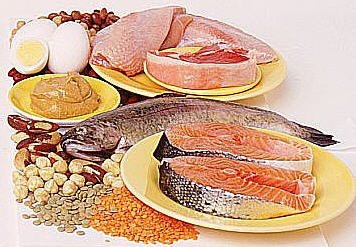 Oats that contain vitamin B6 include oat straw, catnip and alfalfa.

Gut bacteria are a significant source of vitamin B6 as it is synthesised in the gut allowing the body to supplement any food sources.

A vitamin B6 deficiency can lead to:

It should be noted that a vitamin B6 deficiency is very rare.  Cases of deficiency are usually related to long-term medication such as antidepressants and oral contraceptives, even then deficiency is extremely rare as the body usually has the ability to resynthesise and replenish itself.

If you are considering taking a vitamin B6 supplement is should be noted that high doses (1000 milligrams per day) can be toxic and may result in nerve damage and loss of coordination.