Are you getting the benefits of manganese?

The best manganese foods provide enough of this essential mineral to keep many bodily functions ticking over and healthy.  Well lubricated joints, energy levels and a general sense of well being are just a few of the jobs that manganese does in your body.

Manganese is a component of an enzyme in the body that is responsible for seeking out and destroying free radicals and preventing some of the potential damage they can do.  Free radicals damage cells in the body and can lead to illnesses such as cancer.

Stored in the liver, kidneys and pancreas, manganese is vital for the function of the nervous system and the brain.

Manganese is responsible for bone health so it is essential in preventing osteoporosis, particularly in the spine.

It also helps to regulate blood sugar levels by controlling insulin release into the blood stream.  Therefore this mineral is a vital part of a diabetics diet.

The foods that contain the most manganese are:

Other manganese food sources include: 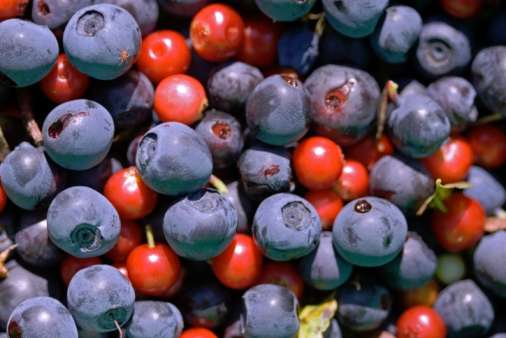 Building cartilage and lubricating the joints, as well as effective metabolism of fat and protein are just some of the main functions of manganese.

What are the benefits of manganese?

Manganese is only required in small amounts for most of its functions.  Energy production, bone growth and protein and fat metabolism are its main functions.

People with an iron deficiency and in particular anaemia require manganese in their diet.  It is also needed to work with vitamin B1 and vitamin E, along with the other B complex vitamins to give a feeling of well being.

It must be stressed that a deficiency of manganese is very rare in humans, but some symptoms may include:

Although manganese deficiency is rare, other very common conditions such as high blood pressure, poor eye sight, high cholesterol and poor memory are said to be related.  A poor diet containing low amounts or zero manganese can be a contributing factor to these symptoms and conditions

Click back to find out more about other minerals.