One of the best hay fever natural remedies could be found in the foods you eat. A tailor made hay fever diet could be the key to reducing the need for medication.

Many drug therapies for treating hay fever symptoms can have side effects and other equally unpleasant reactions.  Some anti-inflammatory nasal sprays can cause local irritation of the nasal airway and many antihistamines can drowsiness, nausea and headaches.

Hay fever natural remedies in the form of food seek to stimulate the body's ability to heal itself, so the body can correct an imbalance and improve a person's overall health.

The best hay fever foods are: 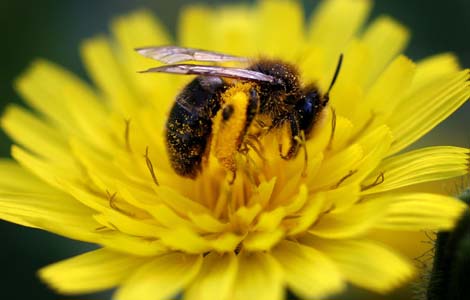 There has been heavy focus placed on vitamins A, C and E because of their functions in protecting the cells from damage cause by natural body processes, lifestyles and environmental and chemical pollutants.  These vitamins, along with the trace mineral selenium, help to prevent oxidation - a process that damages and destroys cells.  Fresh fruit, vegetables and salads are an excellent source of antioxidant nutrients.

What Is Hay Fever?

Hay fever is a seasonal, exaggerated immune system response to otherwise harmless substances, most commonly pollen from trees, grasses and weeds.  When an allergic person inhales these substances, known as allergens, the immune system treats them as invaders and goes into overdrive to produce antibodies.

When a hay fever sufferer inhales and allergen, mast cells in the body release a mass of chemicals including histamine, to ward off the invader.  These chemicals cause the typical hay fever symptoms including:

It is very common for hay fever sufferers to also suffer from asthma or eczemaThe best and safest way to control allergies like hay fever is the natural way, by avoiding allergens and help the immune system to normalise and prevent or lessen the symptoms.

Those who are sensitive to pollen should monitor the pollen count and try to avoid going outdoors on high-count days.

Frequent vacuuming will help to reduce and eliminate house dust mites and animal skin particles, which also cause allergic reactions.